If you’ve been anywhere near fitness Instagram lately, much less LA’s muscle beach you’ve probably seen the YoungLA logo. Known for its affordable, streetwear-inspired men’s activewear, the DTC brand caters specifically to bodybuilders looking to stay on trend and on target with their training. But YoungLA isn’t just quickly becoming a staple at SoCal gyms—thanks to its partnerships with some of the creator economy’s most prominent fitness influencers, the label is also sweeping social media.

Founded in 2014 by brothers Gurmer and Robby Chopra, YoungLA burst onto the scene in a big way in Q2 2022. The brand’s $15.8M in Earned Media Value (EMV) represented 35% quarter-over-quarter and 143% year-over-year gains, while YoungLA’s community of 125 influencers represented 12% QoQ and 160% YoY increases. Notably, YoungLA’s Q2 EMV haul, which outpaced more established activewear brands like Reebok and Under Armour, secured its spot among the top 50 EMV-driving apparel labels in the US, an impressive achievement for a relative newcomer to the market.

So, how did YoungLA grow up so fast? Let’s take a look at some of the influencer marketing strategies that fueled the label’s Q2 success!

As the creator economy grows, brands across categories are increasingly leveraging affiliate programs to boost e-commerce while driving awareness and loyalty. A 2021 survey by Tribe Dynamics, a CreatorIQ company, revealed that 69% of 150 brand respondents had engaged in affiliate marketing over the past 12 months, up from 53% of brands in the previous year’s survey. The mounting popularity of affiliate programs stems from their efficacy: 84% of brands who adopted the strategy rated it “somewhat” or “very” successful.

YoungLA’s affiliate network certainly falls into the “very” successful category. All but one of the brand’s top 10 EMV-drivers in Q2 were fitness influencers who shared personalized discount codes or affiliate links for YoungLA in training content. The one exception to this rule, bodybuilding competition Mr. Olympia (@mrolympiallc), reposted Instagrams from partnered creators, many of which featured these ambassadors’ coupon codes.

Most creators who participated in YoungLA’s affiliate program consistently sported the brand’s pieces in workout posts and hyped new collections, demonstrating authentic connections to the label that extended beyond paid relationships. For example, when fitness guru Èlika Bang (@elikabang) joined YoungLA’s affiliate community in May, he expressed his gratitude for the opportunity to work with the brand, noting that he “love[d] how they take care of their athletes and style their apparel.” These substantive endorsements mitigated the advertorial nature of partners’ content, rendering it more impactful. 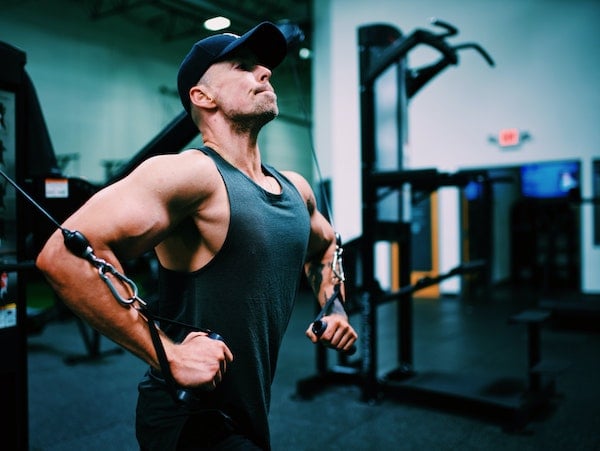 Broadly speaking, brands that see sustainable, long-term growth in EMV and other influencer marketing KPIs are those that have built lasting relationships with creators. Rather than focusing exclusively on short-term initiatives, the most successful brands inspire consistent champions, who celebrate them month after month and quarter after quarter.

YoungLA is a shining example of this best practice in action. A significant $12.9M, or 82%, of the brand’s Q2 EMV came from influencers who had also mentioned YoungLA in Q1, while nine of the brand’s top 10 EMV-drivers were members of this loyal cohort. Additionally, consistent fans’ Q2 contributions marked an increase from their collective $11.2M EMV haul in Q1, a testament to the way in which sustained creator relationships gain value over time.

For example, bodybuilder Lexx Little (@lexx.little on Instagram) powered $1.2M EMV for YoungLA in Q2 after driving $1.1M in Q1. The fitness influencer shouted out the brand in 37 pieces of content, featuring its apparel in workout recaps and promoting a $5k giveaway hosted by YoungLA and supplements brand Gorilla Mind. While Lexx’s activity last quarter marked a slight downtick from his 45 posts the previous quarter, his EMV contribution ticked up thanks to his rising profile: from May to June, the creator’s Instagram audience expanded by 6.2%, while his YouTube audience swelled by 6.3%. By nurturing its ongoing partnership with a devoted advocate, YoungLA has benefited from Lexx’s success. 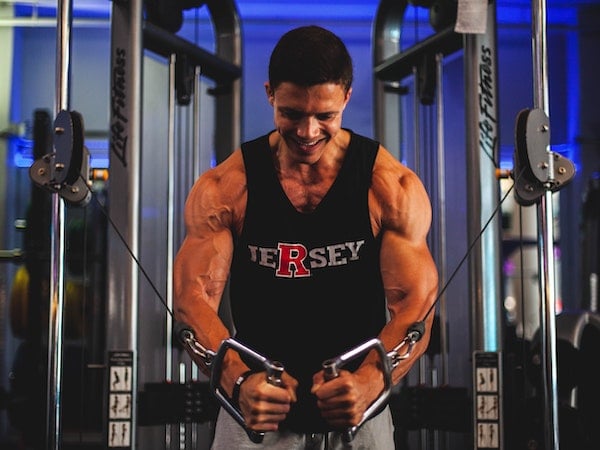 The first rule of marketing is to know your audience, and this principle remains as important as ever in the creator economy. A quick glance at content created by YoungLA’s top-performing advocates demonstrates that the brand understands its consumer: as a clothing label conceived specifically for male gym rats, it follows that YoungLA’s most prominent advocates include fitness influencer and model Anthony Mantello (@anthonymantello on Instagram), three-time Mr. Olympia champion Chris Bumstead (@cbum), and bodybuilding YouTuber Derek (More Plates More Dates).

YoungLA’s aptitude at identifying creators who speak to its target audience is also evident in the demographic makeup of its ambassadors’ own fanbases. For example, a significant 93% of Anthony’s following identifies as male, while over 50% are between the ages of 18 and 24—ideal for a men’s activewear brand catering to young, trend-conscious (and price-conscious) consumers. Meanwhile, Chris’ audience is 89% male, and while his fans trend slightly older—about 50% are between 25 and 34—they’re still more than likely to relate to YoungLA’s offerings. Both Anthony and Chris also boast more followers in the U.S. than any other nation, a key consideration given YoungLA’s California roots and DTC distribution strategy catering primarily to U.S. residents.

Following 2020’s wellness boom, the activewear space is as crowded as ever. But with a deliberate, highly targeted influencer marketing strategy—and definite grind mindset—YoungLA stands in a strong position to emerge as a category leader in the creator economy.

Want to learn how to take your fitness brand to the next level?

As the world changed in unprecedented ways in March, so did the way we approached our monthly coverage of global beauty and...

A year into the COVID-19 pandemic, there’s no question the global crisis has disrupted just about everything in the fashion...

How to Leverage Influencer Marketing for a Blockbuster Black Friday

It’s November, which means the biggest shopping holiday of the year is right around the corner. With many consumers still...