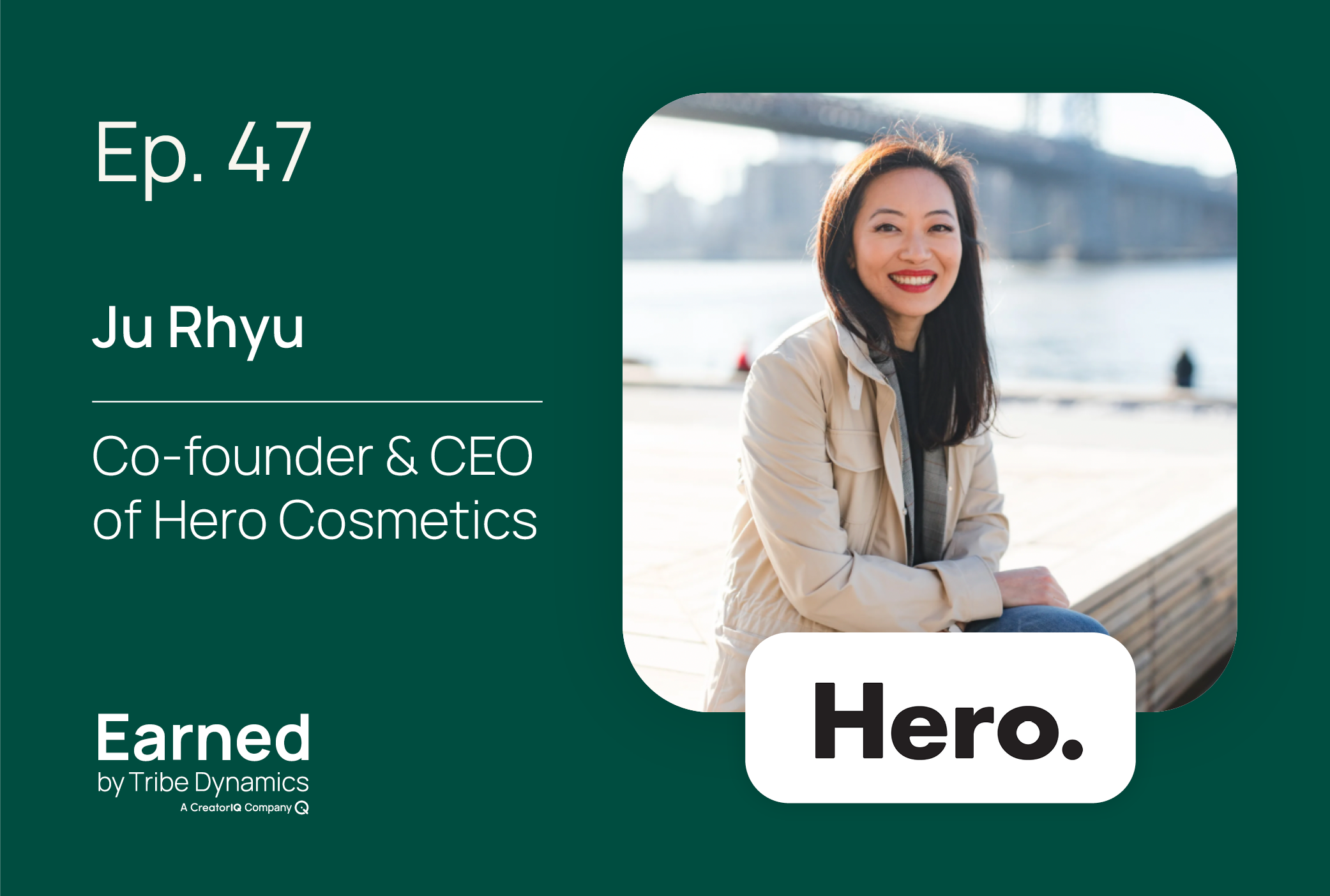 We start the episode by learning how running Hero Cosmetics today differs from when Ju launched the brand four years ago, and Ju shares why she says no to a lot more opportunities that come her way. We then hear why Hero Cosmetics launched on Amazon with only one SKU, and how Ju went on to build a successful business on the platform. Next, we take a step back to explore Ju’s career journey: from earning her MBA at Columbia, to her time working at Kraft, Samsung, and American Express, to starting Hero Cosmetics. We discuss how Hero Cosmetics focuses heavily on earned media, including building relationships with publications and influencers to drive brand awareness. To close the show, Ju shares the “game-changing” advice she received that led to her extremely intentional product development and distribution strategies.

We’ve included a few highlights from the episode, but be sure to check out the full video above, listen to the podcast below, or tune in on Spotify, Apple Podcasts, or Google Podcasts!

“We focused exclusively on earned media for the first year”: Ju Rhyu on Building Brand Awareness Through Earned Media

Conor Begley: One of the things that you’ve talked about is that you invested in earned media really aggressively early on. Talk to me about what that approach was—what worked, what didn't, and then what you learned from it.

So, we did focus really exclusively on earned media for the first year at least, and that was press and influencers. So, for the press piece, I didn't hire a PR person. I used this website called Launch Grow Joy, and I still recommend it today. It's like DIY PR where they connect you with different editors in different industries. So we used that, and the first piece that we got was an article in Into the Gloss, which is a content publication of Glossier. Back then, the business was so simple, so it was really easy to do the attribution. The day that the Into the Gloss article went up, our sales on Amazon went up by like 300% or something like that. I saw the spike, and then it tailed off after a few days, but that's where I saw the power of a really good earned media piece.

So I started doubling down on PR. I eventually hired a PR consultant to help pitch, and then we started getting more pieces in publications like Business Insider, or Buzzfeed, or New York Magazine, et cetera. So we really focused heavily on PR. And then in terms of influencers, we did heavy gifting. We really focused on micro-influencers because we could never afford the people with a million followers. So we really focused on heavy gifting, and also because of the collective momentum that we were getting on Instagram, we started to see a lot of positive sales attributed to that channel as well.

We focus a lot more on TikTok too, TikTok creators. We started working on that platform around 2019, so before it became officially cool. And we do a lot with influencers on Instagram, but we focus primarily on Stories. Influencers would do like 10 frames explaining the brand and the product, and at the end there would be the swipe up, which now is a link tap. It was great because it's almost like direct selling, except you're doing it on Instagram. And that, as a channel, has worked really well for us when we’ve found the right influencer. So we do a lot more with that specific feature.

“Focus is critical because it's so easy to get distracted and do a thousand things, but none of them well”: Why Ju Rhyu Prioritized a Focused Product and Distribution Strategy

Conor Begley: You've mentioned in a couple other interviews that Alicia Sontag from Prelude, the former president at Johnson & Johnson, really pushed you towards focusing on acne patches at the beginning, versus going into a bunch of different product categories. Talk to me a little bit about focus. What are you focused on now, and what have been some of the benefits that you've noticed from having both the really focused product strategy, but also just generally being intensely focused as a CEO.

Ju Rhyu: Yeah, that was game-changing advice. The background for that story is we launched Mighty Patch. It was doing really well, and then I wanted to do a different type of product, like a wash-off mask and some other things. And then Alicia at Prelude, I had a coffee meeting with her and showed her the product and told her, “I want to work on other products like wash-off masks, et cetera.” She said, “No, do not do that. You should stick with patches, do them in every size, every shape, for every need. Just go deep down this patch category and own this category."

And when I thought about it, I thought, “She's right.” So we scrapped the plans for this wash-off mask and we just stuck to patches. It's such a good analogy, because I talk to a lot of entrepreneurs and founders, and it's really easy to get distracted in the beginning because your product is doing well, and you have this retailer who wants you, and you have five to 10 other opportunities in front of you to expand your product line. So, back to your question, the focus is so critical because you don't have all the time in the world, you don't have the resources, you don't have the people. Our investor, Trevor, made a really good quote, which is, “Do something on a small scale.” For us, it was Amazon. “Do something small on a small scale, but something that's repeatable and scalable.”

And so, for example, we did one patch on Amazon, then we did more patches on Amazon, then we took that same model to Target. So we started with one patch, and then we did many other patches, and then we started adding other SKUs, and it was like a rinse and repeat across other channels. And I think having that focus is critical because it's just so easy to get distracted and to do a thousand things, but do none of them well. So I definitely think having the ability to prioritize is a superpower as a founder.

You can watch the entire interview here, or listen to the full episode on Spotify, Apple Podcasts, or Google Podcasts. To catch up on our other 46 episodes, featuring leaders from brands like Milk Makeup, Gymshark, Gucci, and Summer Fridays, visit our Earned Podcast page.

Today’s episode is a big one. Not only are we sitting down with David Chung, founder of Farmacy Beauty and CEO of iLABS, but this...